Member of the division of Social Anthropology and Lecturer at Murray Edwards College, University of Cambridge

Research Interests: My current research centres on the former battlefields of the Western Front, and on how war is remembered and commemorated there in the 21st century. I am particularly interested in investigating the long-term social memory of the First World War among the populations who inhabit the former Western Front areas and were temporarily displaced by the conflict; and the relationship between this and the public and private remembrance of the military victims and events of the war. Another particular concern is the role of physical remains and material culture in commemoration and in social and personal memory. My ethnographic research currently focuses on the battlefield of Verdun (France) in the context of an E.U. sponsored project entitled ‘Cultural Heritage and the Reconstruction of Identities after Conflict’ (CRIC – see below). In collaboration with Prof. Jean-Paul Amat (Université de Paris IV) and Prof. Edwige Savouret (CEGUM-EA 1105, Université de Metz) I investigate the transformation of the Verdun battlefield from a site of memory in the 20th century, to a site of ‘cultural heritage’ in the 21st century. In an earlier phase of ethnographic research I concentrated on the Argonne, a forest area to the West of Verdun where I investigated local understandings of the past and the civilian memory of war. My research on conflict landscapes is also in part archaeological through my membership of No Man’s Land, a group specialising on Great War archaeology. Our main project at the moment is the Plugstreet Project (see below), consisting of the excavation of a segment of the 1914-‘18 frontline in the Wallon region of Belgium. This has recently included the retrieval, identification and reburial of the remains of Australian soldier missing in action in 1917. In the context of this project I have also investigated ethnographically the local civilian memory of the Great War and the experiences of those involved in the excavation, DNA identification and reburial of the soldiers’ body, including archaeologists, families of the missing in action and others. Overarching themes in this last piece of research are the memorial role and figure of the war dead, and the relationship between anthropology and archaeology, both of which I am currently developing. 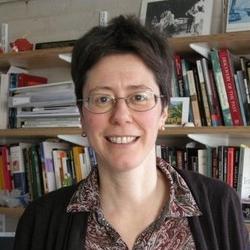